Apparently the hot idea in niche alcohol sales is to put your product into a package that looks like a weapon of personal destruction.

The tequila company Hijos de Villa offers both a sidearm and a long-gun.

There’s also a choice vodka in two different iconic machine guns: The Tommy or the AK-47. Or it you want to better target your vodka, there’s also a Sniper version. 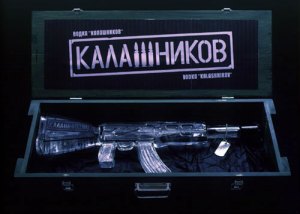 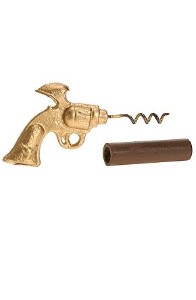 Sadly you have far fewer choices if you don’t drink the hard stuff. Wine drinkers are all liberals, right? So the best you can do is a bottle opener for your Beaujolais. And beer drinkers don’t even get that. Yep, despite its claims to be the Silver Bullet — there’s nothing from Coors (or any other brewer I could find) that had any trace of verisimilitude on the topic.

Of course you can put whatever substance you want in one of these flasks. You have a choice of one that looks like a pistol or looks like it saved you from a pistol. (If we ever become really good friends I’ll tell you the story of why I drove a bayonet through a silver flask.) 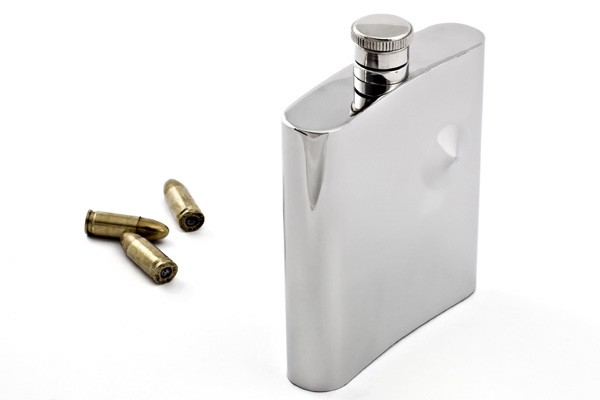 And fear not if your taste for mood altering substances run to something less potable: 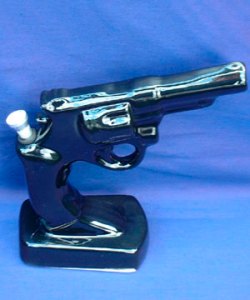