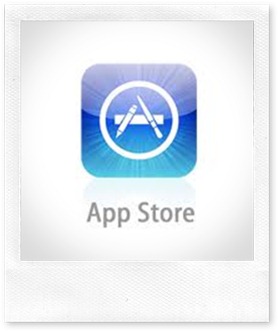 The iPhone’s apps have been a marketing problem for Apple pretty much since they debuted. The problem is really that Apple wants to approve of all apps before they go on the store. This would be fine, if there was a consistent or even coherent policy guiding what goes in and what doesn’t.

Apple has removed an iPhone app from its online store created by Exodus International, an anti-gay religious organization that promotes the idea that homosexuality can be “cured.” … The app, launched in mid-February, initially received a 4+ approval rating from Apple, meaning it did not contain any “objectionable material.” … The app provided users with an event calendar, podcasts, video, “real answers,” “real stories” and links to Twitter and Facebook, and was designed to “be a useful resource for men, women, parents, students and ministry leaders.” … “We removed the Exodus International app from the app store because it violates the developer guidelines by being offensive to large groups of people,” Apple spokesperson Tom Neumayr told FoxNews.com.

SOMEONE APPROVED THIS? Are they hiring from the Westboro Baptist Church? Possible explanation: There is either a very stupid algorithm or person responsible for vetting these apps. And Apple takes the hit for it because they make it clear they are control freaks who get final OK. Google, however, says we will take something down if we get told about it: “While Google does not intend, and does not undertake, to monitor the Products or their content, if Google is notified …” Because Apple’s guidelines for what is acceptable in an app are  basically, “It depends,” they are guaranteed to continue to run into this problem.

Which leads us to example #2:

Senators: DUI checkpoint apps are “harmful to public safety” … The apps in question range from those that try to put DUI checkpoints on a map in real time to those that help users alert one another about police on the prowl for drunk drivers. One app that we found in the iOS App Store called “Checkpointer” specifically advertises its $4.99 offering as being able to save you “thousands of dollars by helping you avoid an arrest for a DUI.” (The company that sells Checkpointer also offers bail bonds, so it’s clear which demographic this company is catering to.) Another app called “Buzzed” says it will alert you when a DUI checkpoint shows up or is planned for your area, though it also offers a “call a cab” service based on your GPS location.

Meanwhile, those two having already been approved, Steve Jobs himself killed an app for detecting radiation – created by cell phones: “Tawkon, makers of a mobile application that measures cellular radiation, have been blocked from releasing their app for iPhone. In response, the company on Wednesday released the tawkon app for iPhone via the Cydia jailbreak.” Is there an app that turns the iPhone into a general-use Geiger counter? If so I know at least one major market for it.

For those of   you not keeping score, a few of Apples other app mistakes:

You’d think the formula would be self-evident but … noooo. Last year Spain’s Popular Party put up a game that let players bomb illegal immigrants. This year we have Smuggle Truck a game for iPod and iPad from Boston’s own Owlchemy Labs.The aim of the game is to keep immigrants in the bed of a truck as they speed through the border lands. Hit a bump or jump a canyon and men, women or kids fall off.

No sooner was the game announced then controversial hijinks ensued. No surprise that many immigrant rights groups found it offensive. Well, no surprise to you and me. Owlchemy said in a post on its website:

"Smuggle Truck was inspired by the frustration our friends have experienced in trying to immigrate to the United States. With such a troublesome issue being largely avoided in popular media, especially video games, we felt the best way to criticize it was with an interactive satire."